«History of success» — a new article from 9 Pandas agency

«History of success» — a new article from 9 Pandas agency

The work was done by Russian agency 9 Pandas under the new strategy of global movement for betting company 1xBet. In 2 months we had to develop the concept and shoot video in two directions that were important for the client: B2B and B2C, - the final variant combined both directions in two versions in one video. It premiered at one of the major gambling trade shows – ICE London 2020.

«Actually, all goals above appeared during the working process. Initial client’s brief was very short: «We want our advertisement to be watched over and shown to friends». For a betting company – it is an incredibly ambitious and really elusive goal. During the creation of the screenplay, Maksim (Maksim Kiryukhin, screenwriter), had to spend plenty of time in communication to all client’s departments, having «pre-brief» and finding all work details out. To tell people everything, we must know it».

Chosen by agency one-shot concept of the video in a calm and friendly manner tells about all advantages of the company, shows openness and scale, and deeply puts the viewer into narration.
As the main character grandpa-boy scout became involved by agency in a previous video, which was made for the announcement of collaboration of 1xBet with three leading football clubs of Europe: Barcelona, Liverpool and Chelsea. With that continuity doesn’t end - new story starts in the same location that previous one has been - by the fire in the forest.

«We’ve gone deeply in the working process of 1xBet, estimated the scale, learned strong sides and finally understood that decision must be found not only in advertising but in storytelling.
Only that it can be possible to tell about everything convincingly, put the viewer in the life of the company, make a sense of passion, that it contains and keeps the viewers at the screen from the first to the last second. As soon as we decided on the filing form, the story, what is called, appeared.

At that stage it became clear how we can create an advertisement for b2c and b2b segments at the same time – in the first part of the video there is the text and visualisation that are equal for both directions, but in the second part they differ in accordance with objectives. In this way we’ve got 2 videos as a result, having made, in fact, one and a half.

Subsequently, me and Ivan (Ivan Krasnyi, filmmaker) remade the screenplay many times – the text must additionally comply with the speed of actors acting on camera and the size of location, where it is situated. But the main thing that we have found is a needed concept. And, seemingly, it wasn't a mistake.

There was a challenging situation for production. Screenplay was finally approved in the beginning of December but filming must be done already in the missile of January. Accordingly, preparations mainly were on New Year’s holidays. Part of contractors refused due to that, another part - due to a very short period of time, the rest of them –  due to project complexity.

Of course, it was a challenge. Before we started to work on pre-production, we and the script writer (Maksim Kiryukhin) discussed it a lot, corrected the screenplay, changed locations, the sequence of it and filled the video with details. The idea of making it in one frame was constantly obvious, but we were afraid of it over a month, and then realised that it may be quicker appeared in production and become comparable to price (we didn’t calculate shooting variant of 12 separated scenes but in our assessment - there were highly comparable figures), the point is that having a shoot of a scene, for example, in the library (the 3d), for its expensiveness, its scope and greatness must be shown, that add cost in scouting, logistics, time, resting, etc. And here we could afford some conventionality; and limitation in the acting of the camera frame was used as an advantage as a result, very clearly limiting the frames to needs of big decorations. At first, it looked impossible to bring all ideas to life, but after first counts, blueprints and elaborations with our producer - Sergei Scabo - we understood that we could do this. And it is not a budget of a Hollywood blockbuster, as it could seem, and all because of our hard-work at the stage of development.

Whole video was already created in mind at the Moscow office. In advance, we thought of every moving of decorations and camera, displacement of people and decisions on CG in all these endless blueprints and draughts of screenplay. But at the same time there was an opportunity to improvise, that we did, adding the details and leaving easter eggs on the set.
For example, «drummer» was created at the moment of shooting the second shot (they were 3) and on the next day, at the rehearsal of the third shot there was drum set and flamboyant drummer, which, by the way, I had a chance to in-cast (have chose from several ones, etc.)

Despite the freedom in actions, we aligned many of our moments with the brand-manager of the project - Dmitriy Chernysh. For example, there was gender and age and national cast of each scene separately sport symbols, colours, branding  – all that took a long time too.

We had 2 days for «pre-light» (light placement), 2 rehearsal days and 2 shoot ones. We met that deadline but there were errors in pre-light - it took considerable time of rehearsals.
It was a hard decision to film everything with pre-created music. It was a challenging add-on to a difficult-to-do project, however, along with the complicators, it gave us plenty of benefits despite the intra-frame groove. The very idea to film with music in pre-production was hard to use as it was regular tedious planning of steps, Skype rehearsals with Daniel and calculation of control points for coordination of actions of all departments on the set. The music helped to solve so many creative problems and gave wonderful coordination and choreography. I’m not going to talk about difficulties related to preparation of calibrated music tracks - there were plenty of them and you can write a dissertation on directing where music will be as a special chapter. That’s why on the set many people compared what’s happening with ballet or with clockwork because of its synchrony and coherence.

After the estimation it was clear that we needed a huge studio with the system of well-managed farms for hanger light devices, water drainage system, good ventilation; moving during the film process of decoration, lifting chroma key, high-powered rental near and a lot of light. We burned 838 kW of light! Technically suitable for all requirements, the studio became «Kinopolis» in Saint-Petersburg. Moscow analogues lacked in equipment and were higher in cost.

We want to deeply thank the whole crew, especially our artists: Kirill Gavrilov and Mikhail Koziakov who weren’t afraid of fulfilling the project in a very short time and didn’t fail. Even though the decision to reschedule the beginning of filming in a week at the expense of CG, we were working round the clock. With the time difference, Ivan called Andrey at nights and over and over again thoroughly worked all scenes out.

There were many problems with decorations, art directors and props. On one of takes the statue broke, which was made on order by a single copy, but was rapidly and professionally repaired by artists. On the other take – the location wall almost fell down. At the moment of changing decorations, a bar rack ran over Daniel’s foot. Because of the great number of moving props and hard pressure on it, at one moment it became clear that all furniture wheels were over in the hardware stores in Saint-Petersburg. But we got enough, thanks God. And once we heard that one guide, walking by our pavilion, told her group: «here we have filming of a Hollywood blockbuster, the project and director can’t be mentioned for obvious reasons, but you will exactly watch this film in cinemas». Probably, she didn’t know that we were filming the advertisement, but it can be true - the scope and a number of people on the set precisely corresponded to her words. Well, I won’t hide, that it was very pleasant to hear. 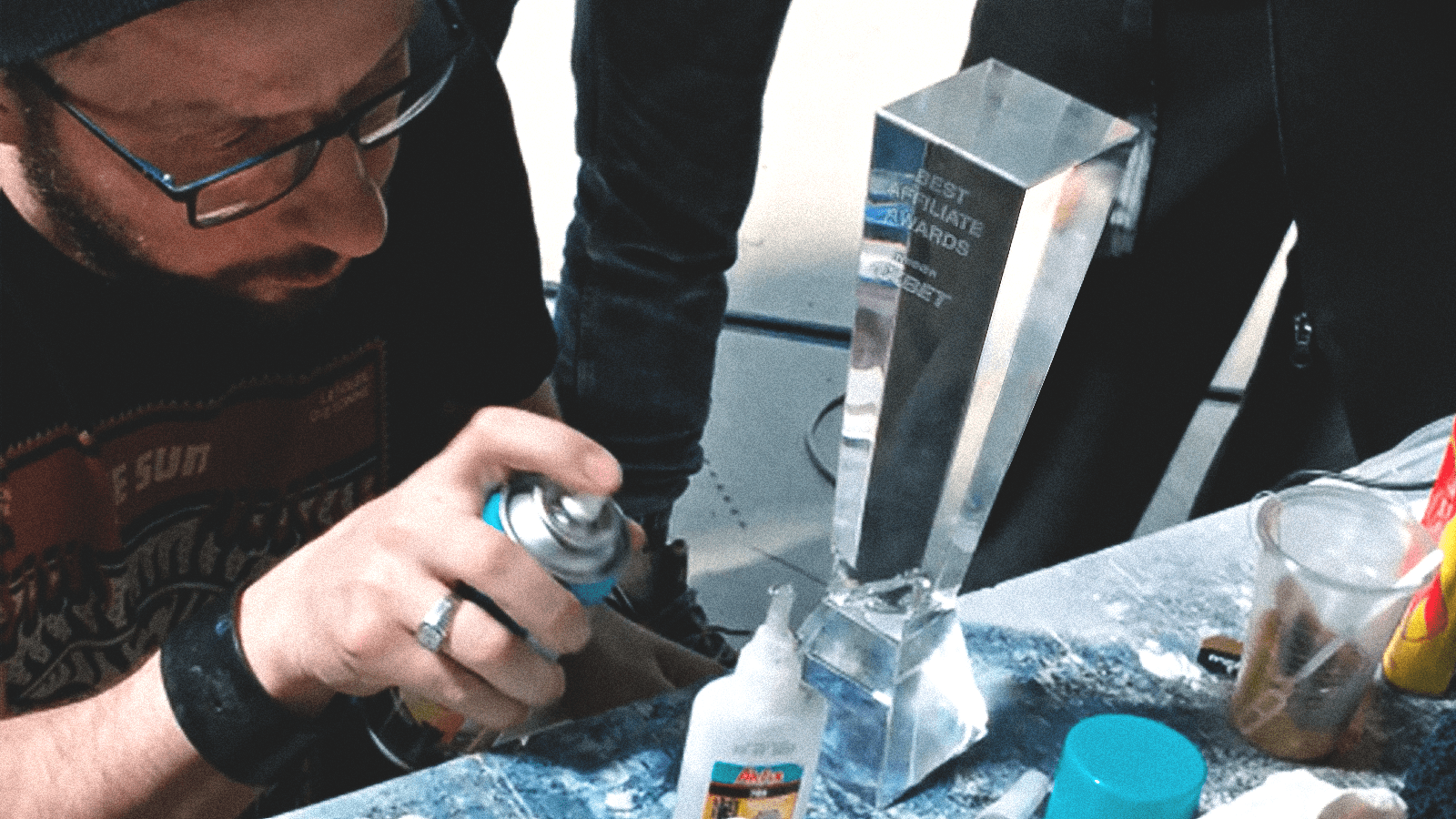 Alex Sommers, director of affiliate marketing department of 1xBet company, told about results of the work and further collaboration with Russian agency 9 Pandas.

Our company is glad with the results of collaborating.

We see among all sets, including B2B, as negative to 1xBet brand is replaced by positive and interest. Before publication of the video the number of negative mentions was about 70%, now it is already 40% and it continues to decline. First weeks after publication positive reached 80% on the top that is a really rare situation for bookmakers.

Moreover, video became highly popular because of its uniqueness and technical complexity, without any video-seed it got  many millions scopes in social media and drew attention throughout the world. I think this advertisement – the great success of our longstanding collaboration with 9 Pandas and, I reasonably hope, that our joint work will continue. 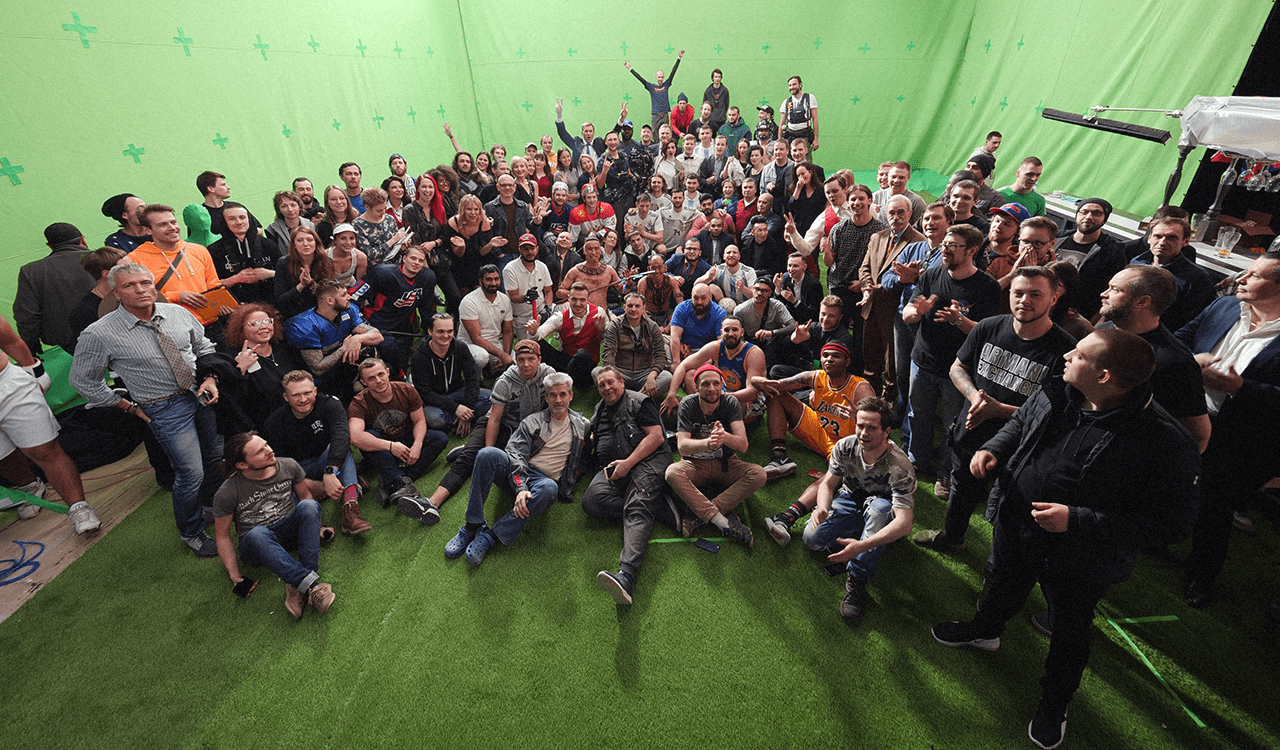 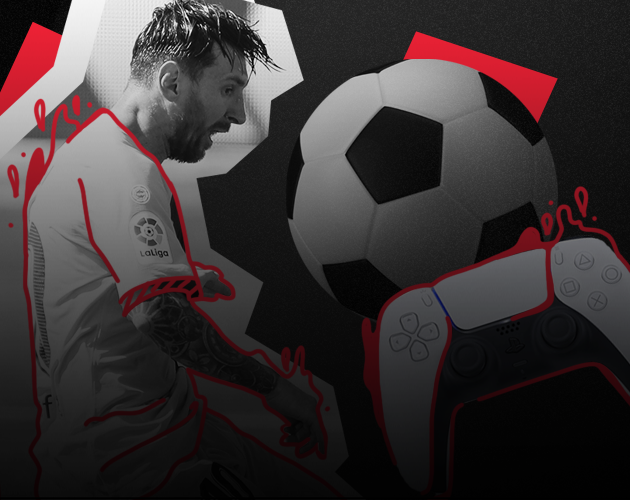 View from industry: cons and pros of sponsorship in sport and e-sport for business

Sergey Karshkov, co-founder of advertising agency 9 Pandas, which runs sponsorship deals more than in $250 million, tells us the story