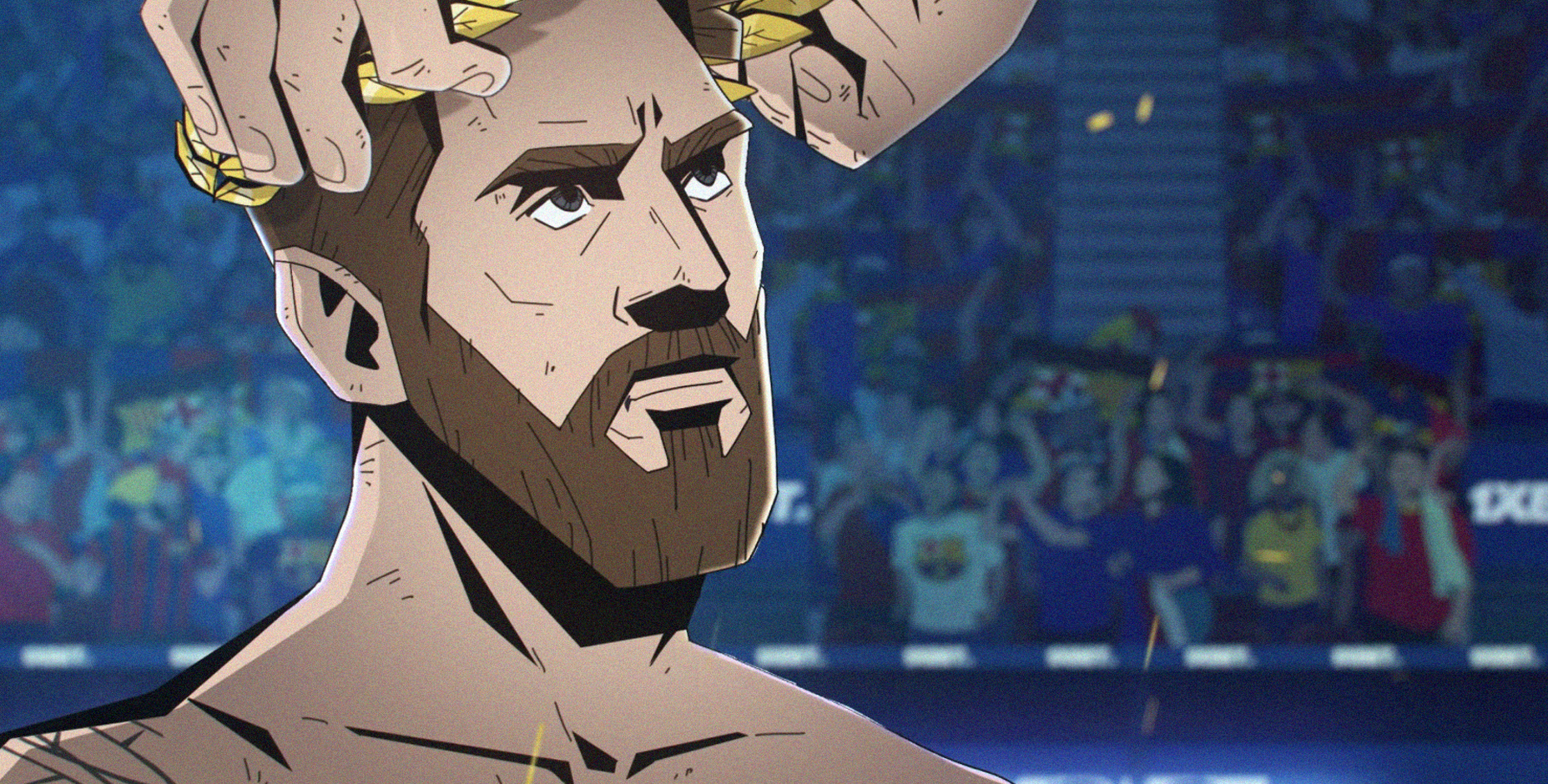 Barcelona played against the gods

Scroll down
Video dedicated to Messi's quitting the club

How to shoot football stars when you can't do it

The client had the option of shooting Barcelona players. We developed the concept of the video for the fans of the team and even filmed some of the material on the territory of Russia. But when it came time to go to Europe to shoot players, the borders were already closed.

Knowing how fans like cartoons, we decided to make the video completely on graphic (as we wanted to) so as not to lose the option in the contract due to the pandemic.

Barcelona only needed to approve the script.

While the players defeated the gods to the delight of the fans, the advertising of the client flashed natively on the LED panels of the stadium, as well as at real Barcelona matches.

The process of creating a cartoon

And here is a small backstage about our first animated project. Graphic searches and the smallest stages of production are perfectly visible in this project