«Police from Youtube» - a new project from 9 Pandas agency

«Police from Youtube» - a new project from 9 Pandas agency

How a web series, filmed by an advertising agency, has collected more than 6.5 million views

Due to the overload of the information field, people have developed a tolerance for traditional marketing tools. People's consciousness is changing, which means that we need to change the ways of working with it. Product placement is being replaced by narrative advertising, storytelling, which can show the brand in all its depth and broadcast its image directly into the viewer's subconscious, convincingly and completely painlessly. Instead of the usual TV feed with clear characters and direct settings, there are actual, complex web products that directly and vividly tell about modern problems.

9 Pandas make advertising work unnoticed in the realities of the modern world. That is why the 9 Pandas production center and its first web series «Police from Youtube» appeared, the main purpose of which is to tell an interesting story. Marketing became a part of this story and therefore was not perceived by the viewer as advertising.

We chose the web series format because it combines the advantages of storytelling, video content, and influencer marketing, and is also great for co-creation and unusual interaction with the viewer, building strong associative chains, the most desperate and creative solutions, removing the stigma from brands/products/topics, circumventing any kind of censorship, and most importantly, for building a deep emotional connection between the brand and a potential consumer.

Where millions of views come from

How did the «Police from Youtube» hook the viewer

The web series «Police from Youtube» explains what is in the minds of boomers and zoomers, simultaneously displaying the entire current Russian agenda.
The coming new ethics has split society into two parts. Generations of fathers and children do not want to hear and understand each other, limiting themselves to short labels: "boomer" and "zoomer". Culture also allows you to enter into a dialogue, calmly reflect on each position, and come to a consensus. «Police from Youtube» was appreciated by the viewer: it collected millions of views and a loyal fan base demanding continuation. So the idea turned out to be alive and hit exactly the target. What exactly hooked people?

Crazy Challenges
For the sake of likes, people are ready to do the most absurd things. This seems strange to representatives of the older generation because the reward is virtual, but you can get yourself real problems. This is what happens in  «Police from Youtube» with a famous blogger, played by Andrey Borisov (gan_13). Performing a challenge, he walked around the city naked, for which he was detained by police officers, and then it's all started…

Body positive and apologies on camera
Shaming someone else's body, careless statements, and condemning someone for something are not accepted now, while apologies on camera have become firmly fashionable — the public will help you understand what you should apologize for. A similar situation occurs with the hero of our series, police captain Malyuga, who had the imprudence to express his opinion too emotionally.

Tattoos on the face
Morgenstern and Face would approve of the choice of the hero Andrei Borisov. What can not be said about Captain Malyuga, who is sure, that only drug addicts have tattoos on their faces. Who knows, maybe he is right. But the series highlights this problem, allowing you to see two positions at once.

Hype is everywhere!
Almost all the characters in the series are chasing hype or running away from it. The mystical power of hype is invisibly diffused in society. As a monolith in Tarkovsky's 'Stalker', hype grants everything you want. The question is what price you will have to pay for it.

Protests and bribes
While the real political field is filled with two-way propaganda, the picture of the processes taking place in the country is modeled in the «Police from Youtube».
A whole action with throwing stones and posters "I/WE are a Malyuga" gathered outside the police building. People came to support the cute online image of a fighter for justice, knowing nothing about the real police captain.

Transgender and non-binary persons
"Dad, I'm not gay" - it is strange to hear this phrase from a guy in a dress and a wig and makeup. But that is just how he makes money.
"This generation Z is other people," Palych reassures Malyuga. Such discussions are worth a lot. Especially from the police. Especially for a multi-million adult audience.

Real life vs Internet
Who are the children listening to now? Any dog with a Youtube channel will become an influencer with competent production. Digital madness is shown in a big way in the series — they launch a show with an interviewer dog. At the same time, all the characters in the series, except for Malyuga, take the dog seriously. The dog even had haters who doused her with green paint.

Endless prize drawing
After the credits of each episode of the «Police from Youtube», a mini-series begins with an iPhone raffle. The actors appeal to the audience, urging them to express their opinions in the comments, and in parallel tell the story of one iPhone: it disappears and reappears, it is issued as evidence, because of it, the police are punished (by the way, on the channel " YouTube Policeman" you can see how the real draw of four iPhone 12 among subscribers took place).

All this fits into the first season of the web series, which consists of 4 episodes with a running time of 20 minutes. By the way, at the audience's request, the second eight-part season is already on the way! 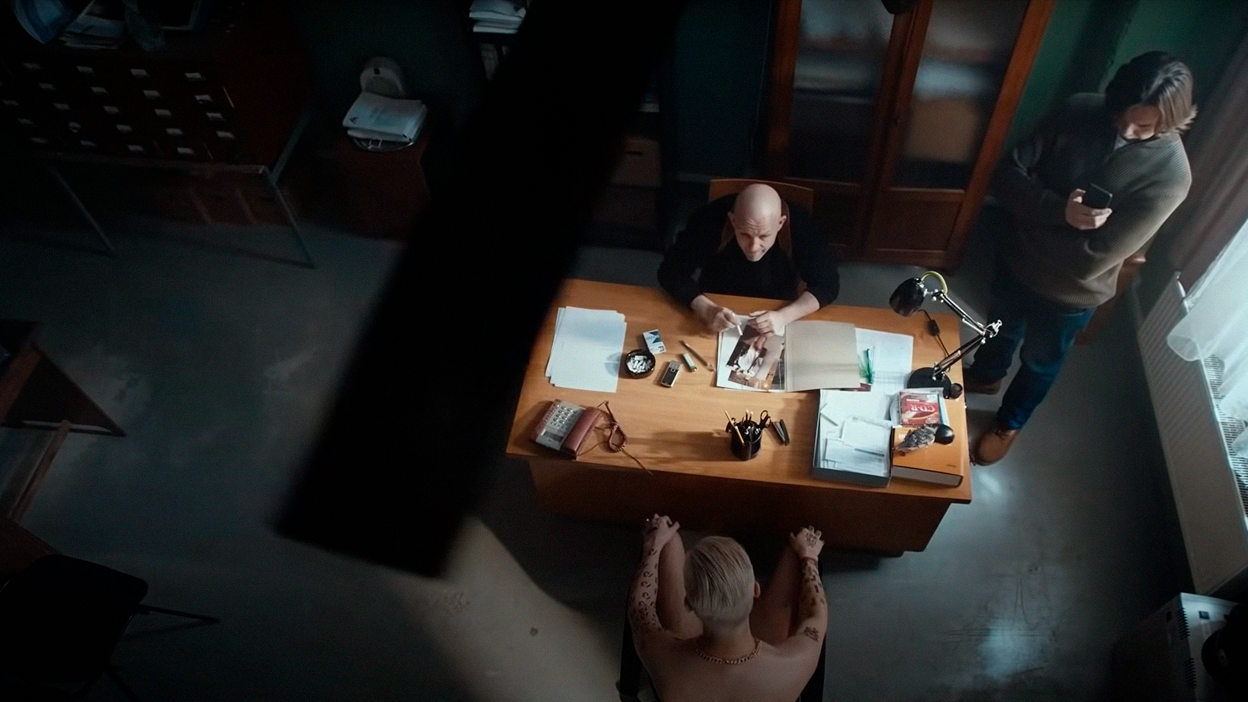 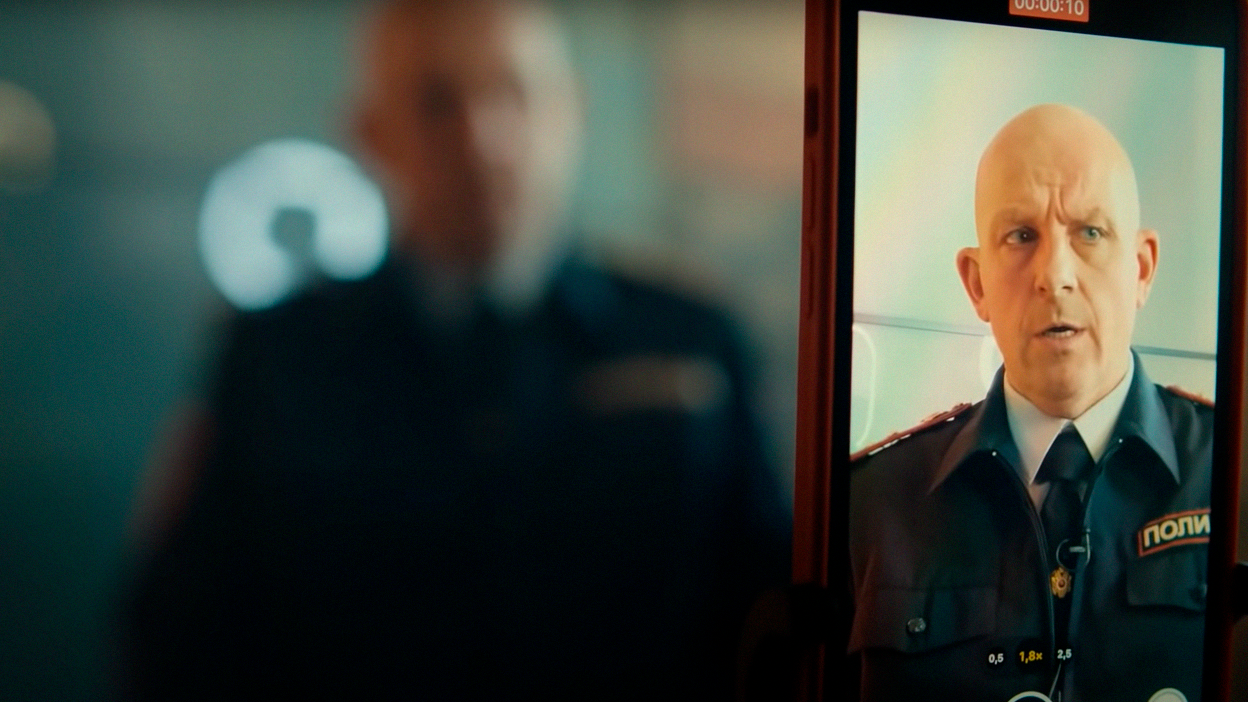 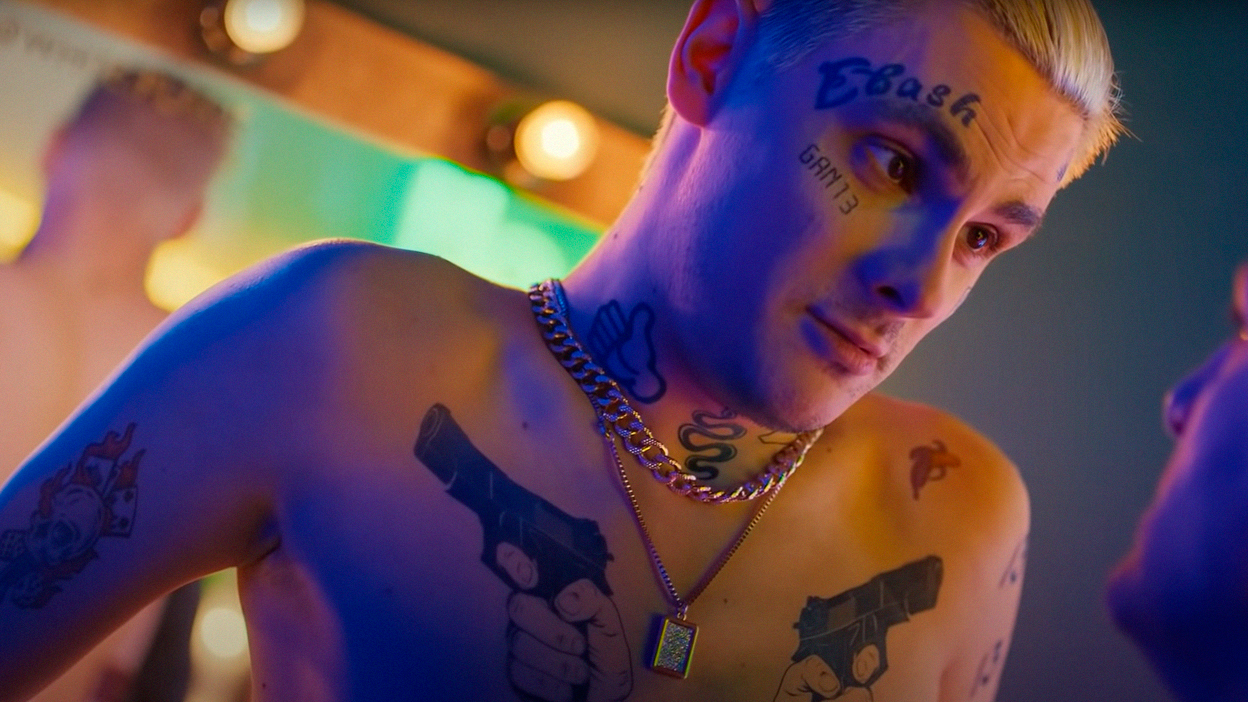 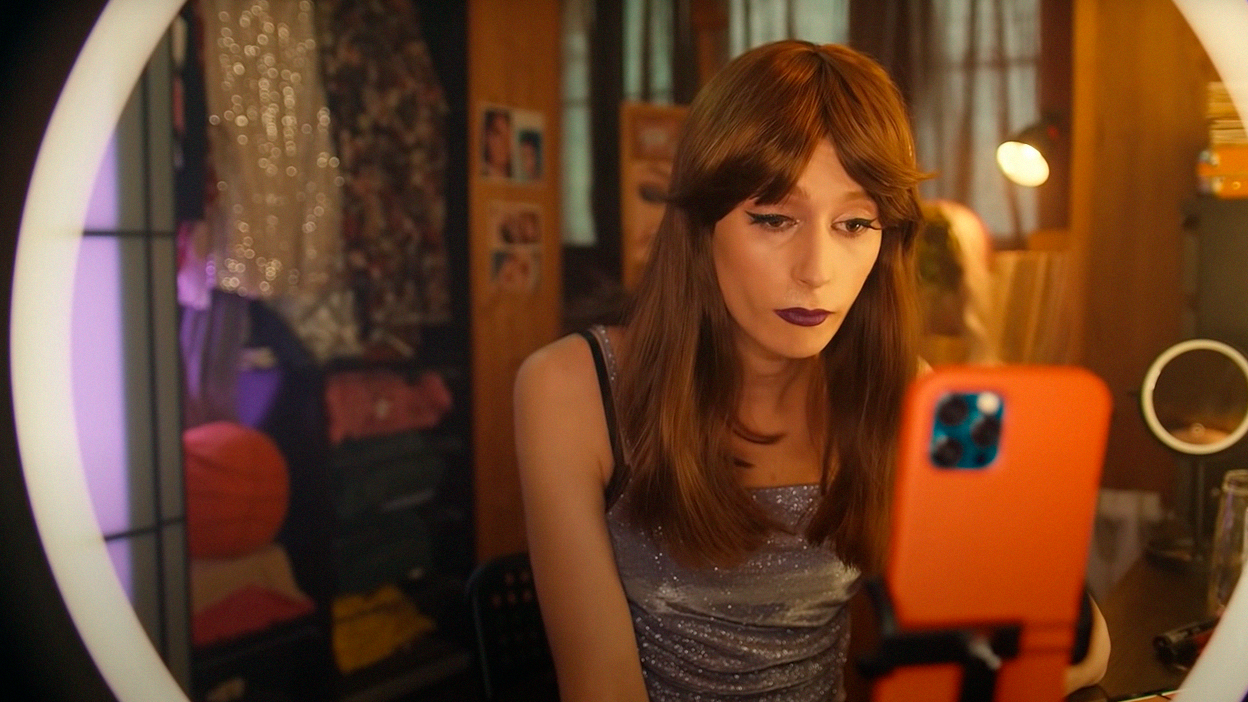 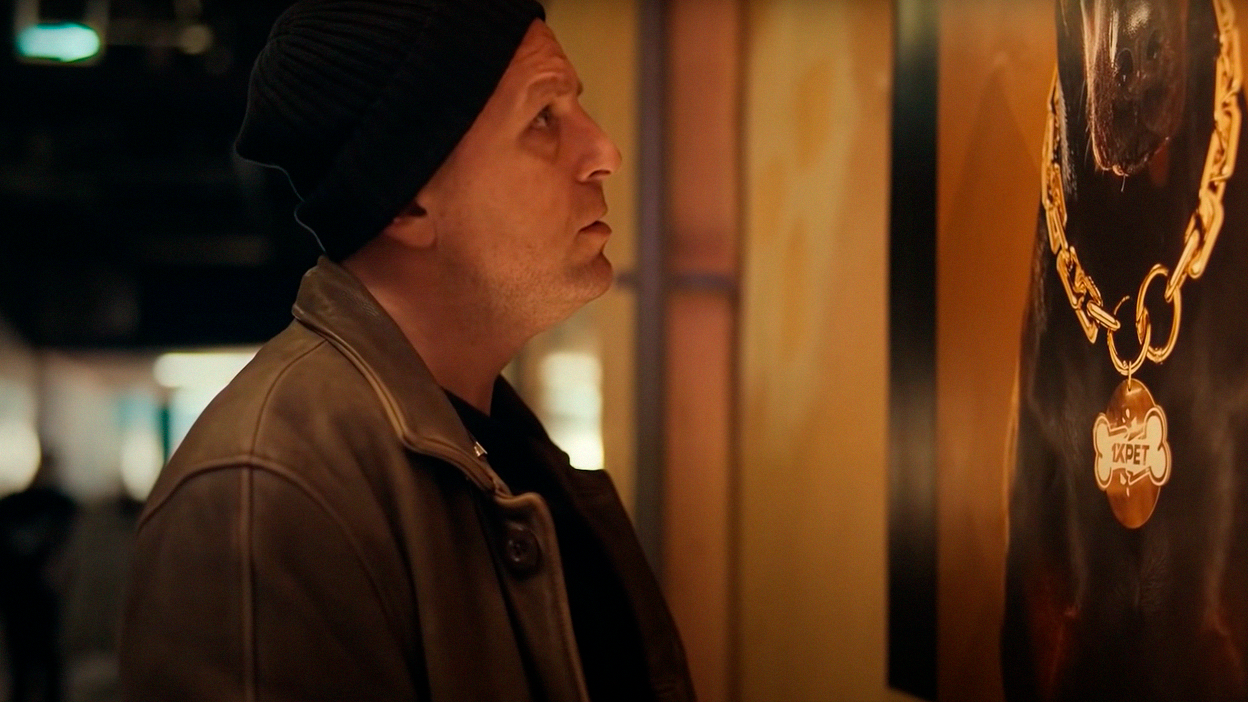 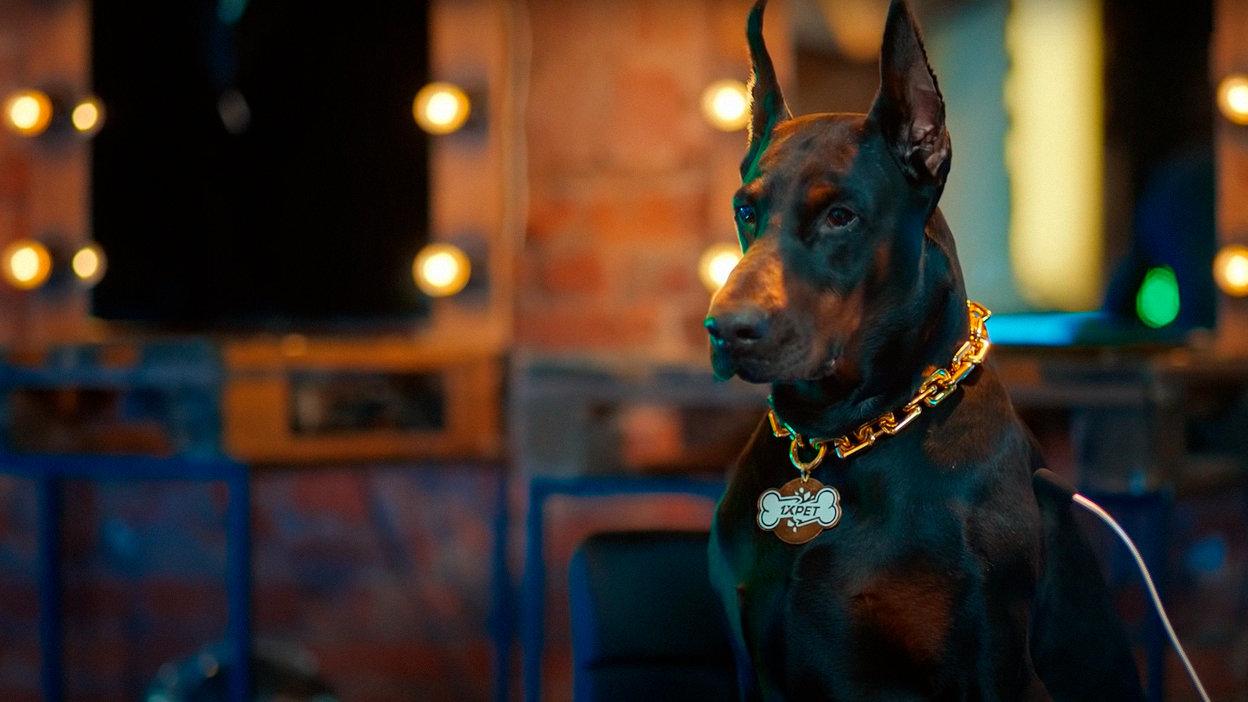 There are only three advertising integrations in the «Police from Youtube»: GlamBox, NYX, and 1xBet. However, in the working process, we saw a lot of elegant marketing opportunities and solutions that we will implement in future projects.

With the series «Police from Youtube» we tested ourselves, the market, and brands for their willingness to participate in complex, atypical content. In this regard, the most intriguing thing is the integration of 1xPet - the brand mask of the betting company, which symbolically conveys the values of 1xBet at different levels of perception: through the slogan - "thoroughbred company" and through the audiovisual effect of drumming - the most famous brand advertising. In the consumer's mind, the element is associated with the image of the company and is perceived as part of it.

And here's what commercial Director of 1xBet Alex Sommers thinks about it:
"1xBet betting company is always looking for new, non-trivial ways to interact with the audience. The offer from the guys from 9 Pandas to integrate a brand mask in the form of 1xPet dog food into the web series was quite unexpected, but we are fine with self-irony. Therefore, after a short negotiation, we agreed to take part in the project «Police from Youtube». As a result, we tried a new, interesting advertising tool and are glad that the 9 Pandas team managed to shoot a high-quality series that resonated with a multi-million audience."

In each of the following projects, we will strive to integrate brands as deeply as possible into the plot and story, not to cause rejection from the viewer by the usual product placement, but to create a deep emotional connection of the consumer with the consumer brand. This is the future of video marketing. 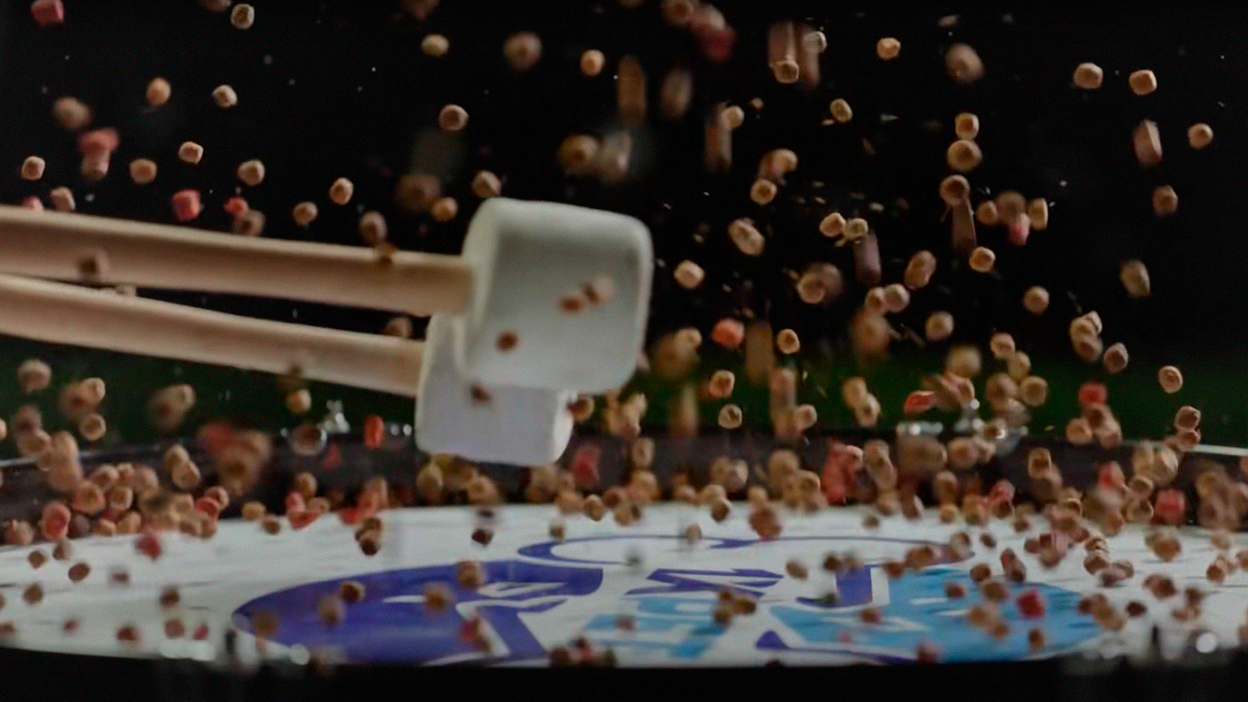 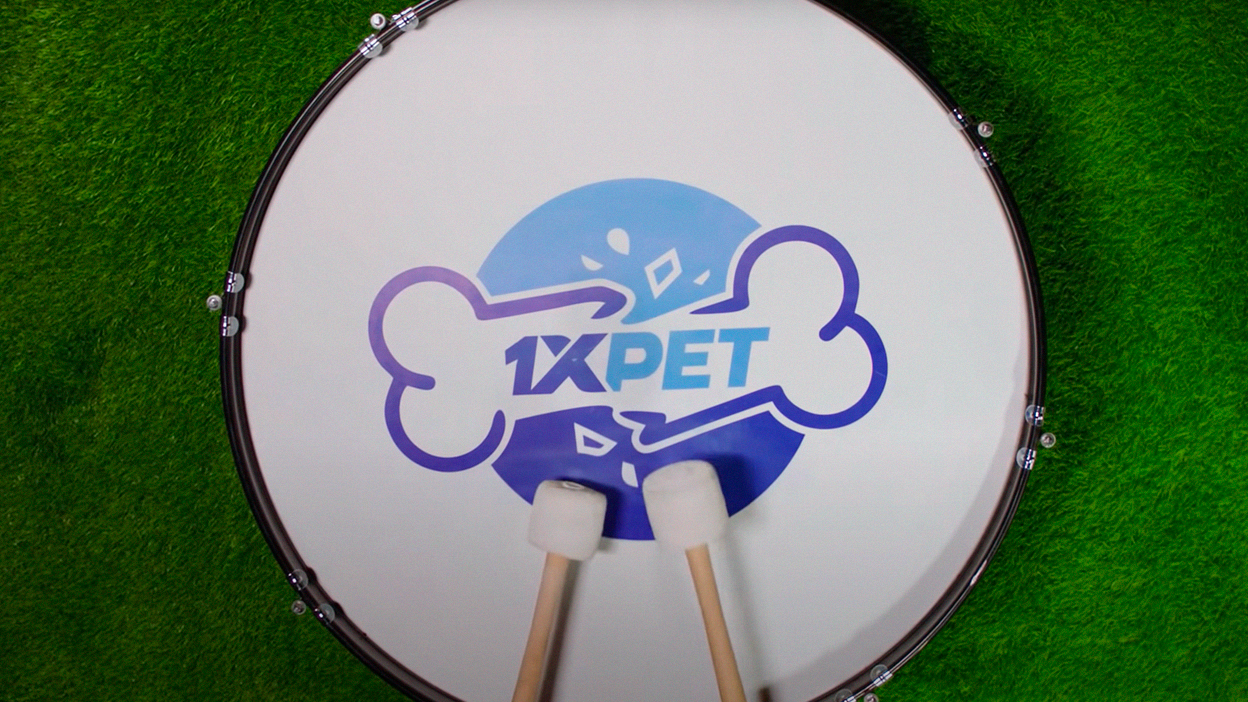 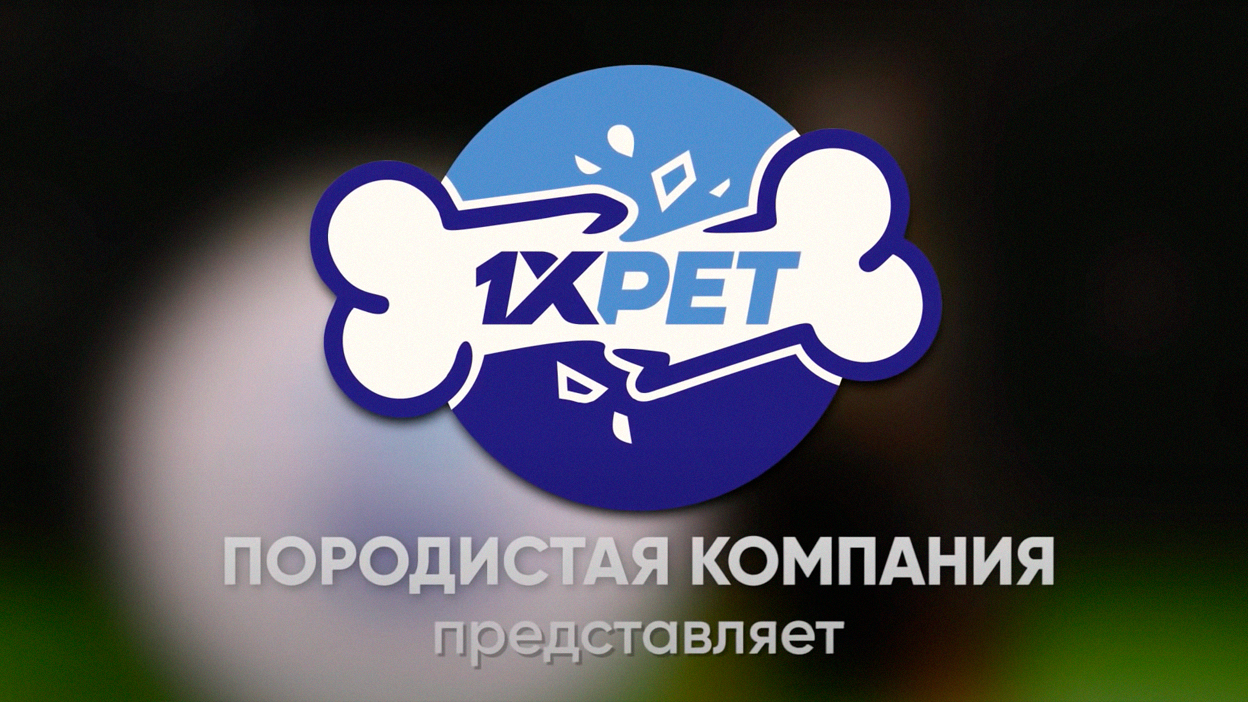 When launching a project on the Internet, and even more so on YouTube, you need to be prepared that part of the audience will not like it. The most unexpected for us was the audience response - thousands of positive comments at first even put the whole team into a stupor. So, we managed to get to the point — to make an up-to-date series that will attract the audience, with suitable advertising integrations. This means that people have a request for live, original content, and we will continue to create it.

With our work, we have proved that a commercial project can evoke live emotions in the audience. Here, for example, the comments were collected by the last series of the «Police from Youtube»: 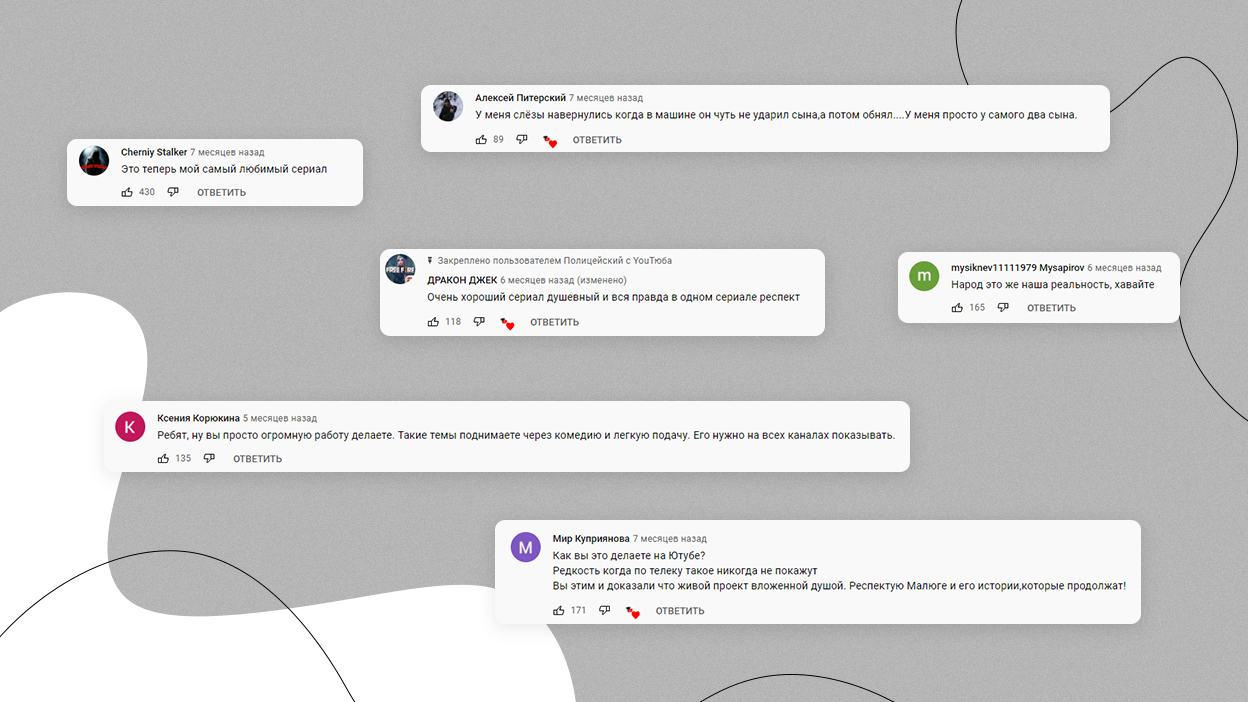 In addition to excellent reviews from the audience, "YouTube Policeman" was marked by several festivals:
He entered the main stage of the competition program of the Russian web series festival (part of the global Web Series World Cup), and also received recognition from the professional foreign community:

We won at the Italian festival Sicily Web Fest in the nomination "Best Pilot Direction";

And also received a nomination at the Bilbao Series land festival:
The best male role is Fedor Lavrov. 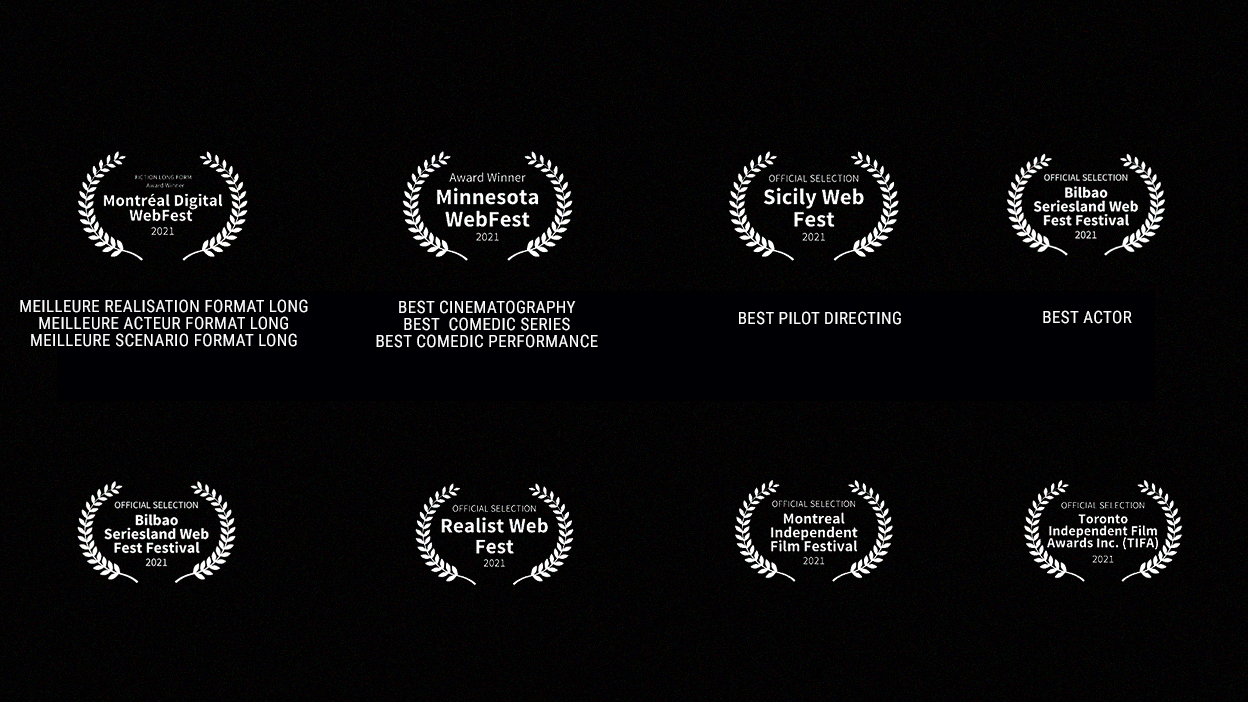 Deciding on a complex and unusual project for us, we understood that its success directly depends on the quality and duration of preparation. Work on the script began six months before the start of the shooting period, and the pre-production lasted 2.5 months. 2.5 months is quite a long time by the standards of the industry. The long pre-production allowed us to be maneuverable in the production process and avoid all the obstacles that arise in the face of the Covid-19 and New Year's holidays. Yes, the shooting took place at a time when no one and nothing was working and the whole world was focused on finding a vaccine and gifts. We had to plan everything in as much detail as possible because any unforeseen situation (in addition to those listed) could knock the entire team off the schedule and hit the budget. Excellent organization and calculation of all possible and impossible scenarios allowed us to successfully shoot in a very short time.

9 Pandas did this in 9 days (shifts)! A New Year's gift from the universe was that none of the team, including the actors, got sick in the process.

The main goal of the project was to make cool content that could interest viewers. Our team managed to combine the values of the viewer with the values of integrated brands, placing both on the current agenda of the country, placed in an acute dynamic plot. Millions of views and a zero channel, which has grown since March 1 to 84k subscribers - confirmation that we managed to tell a story that caused a lively response from people. We are working further! 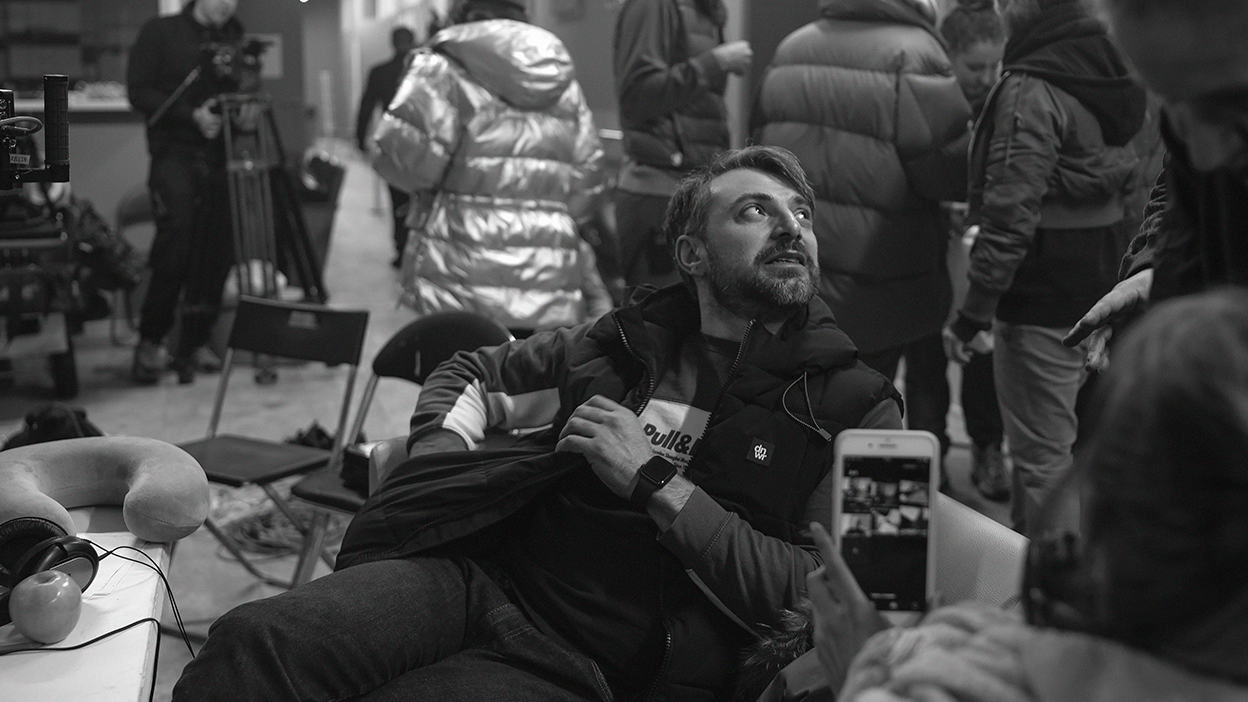 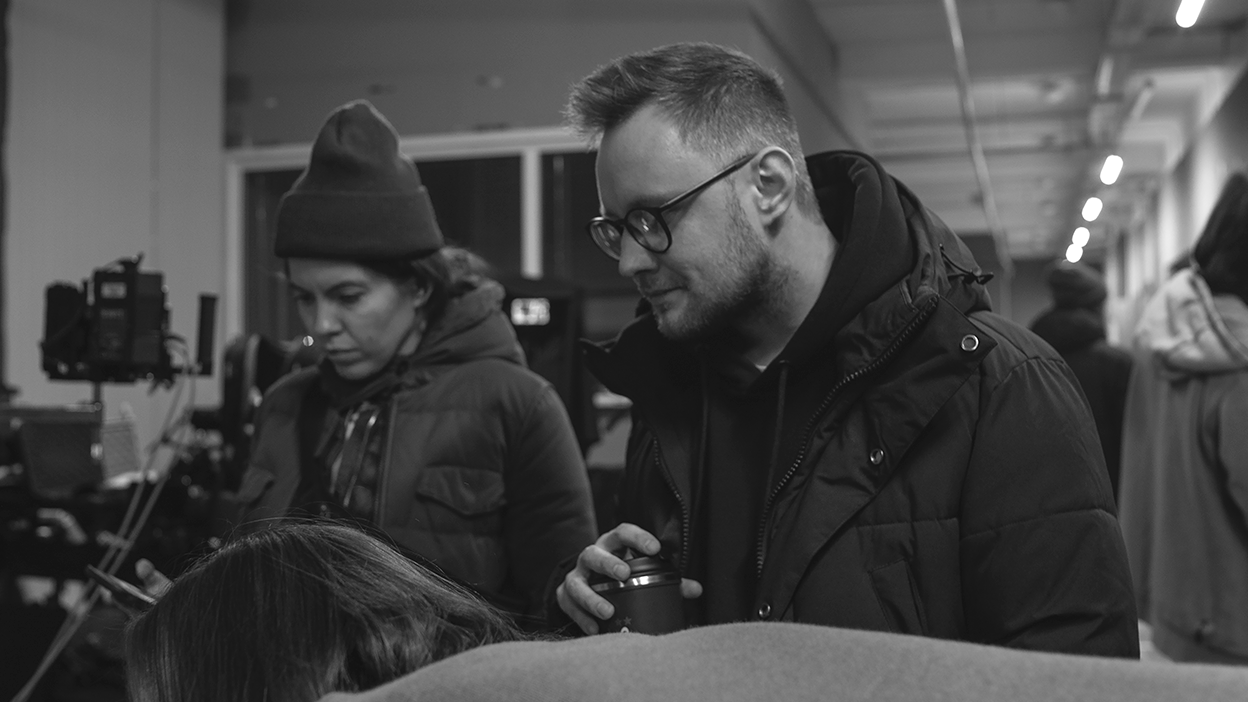 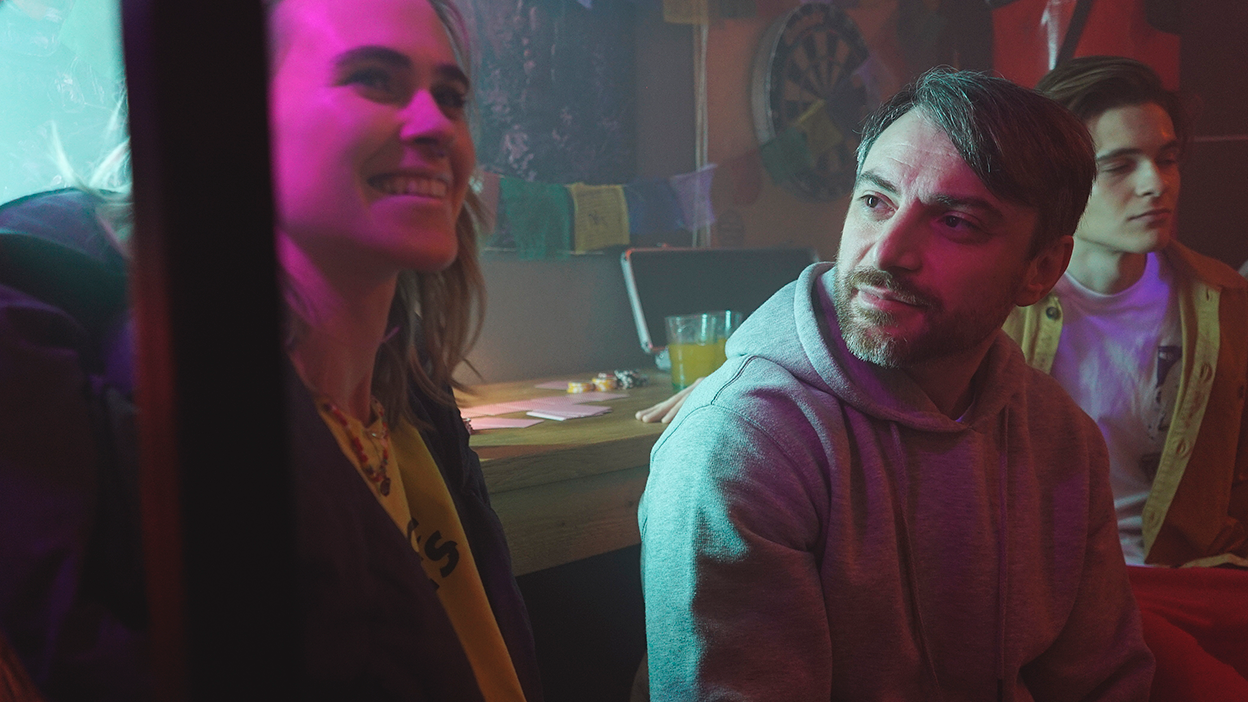 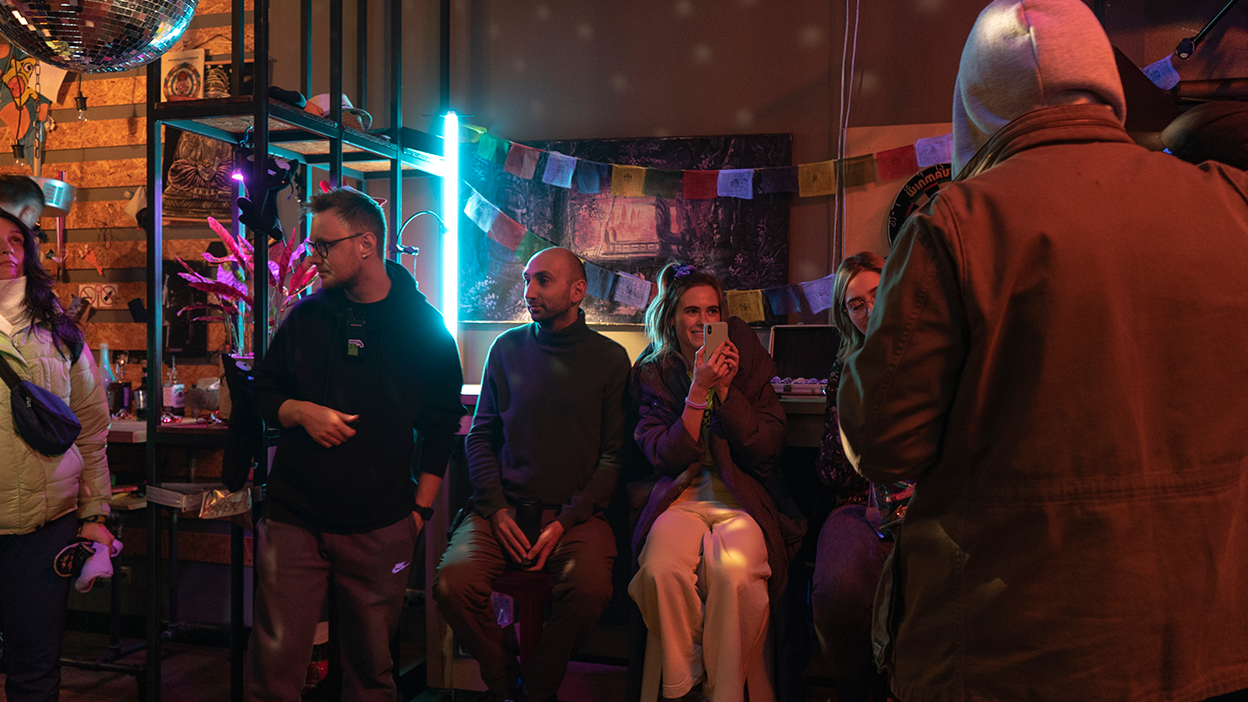 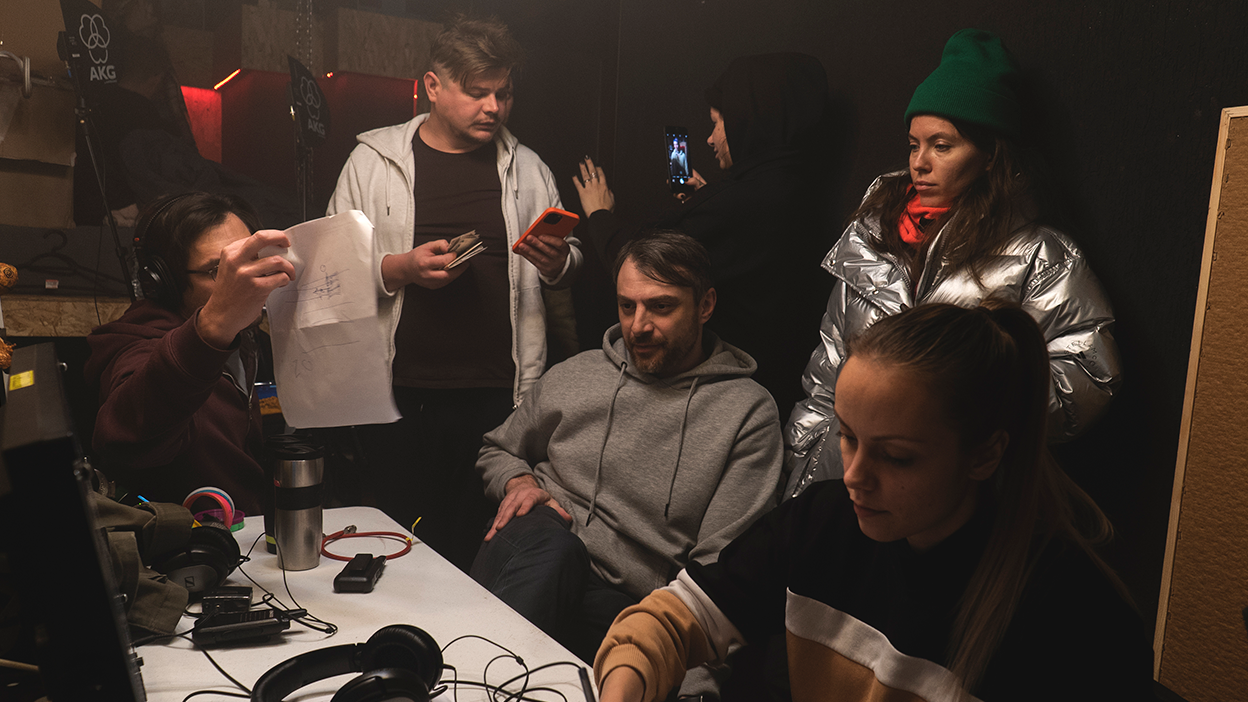 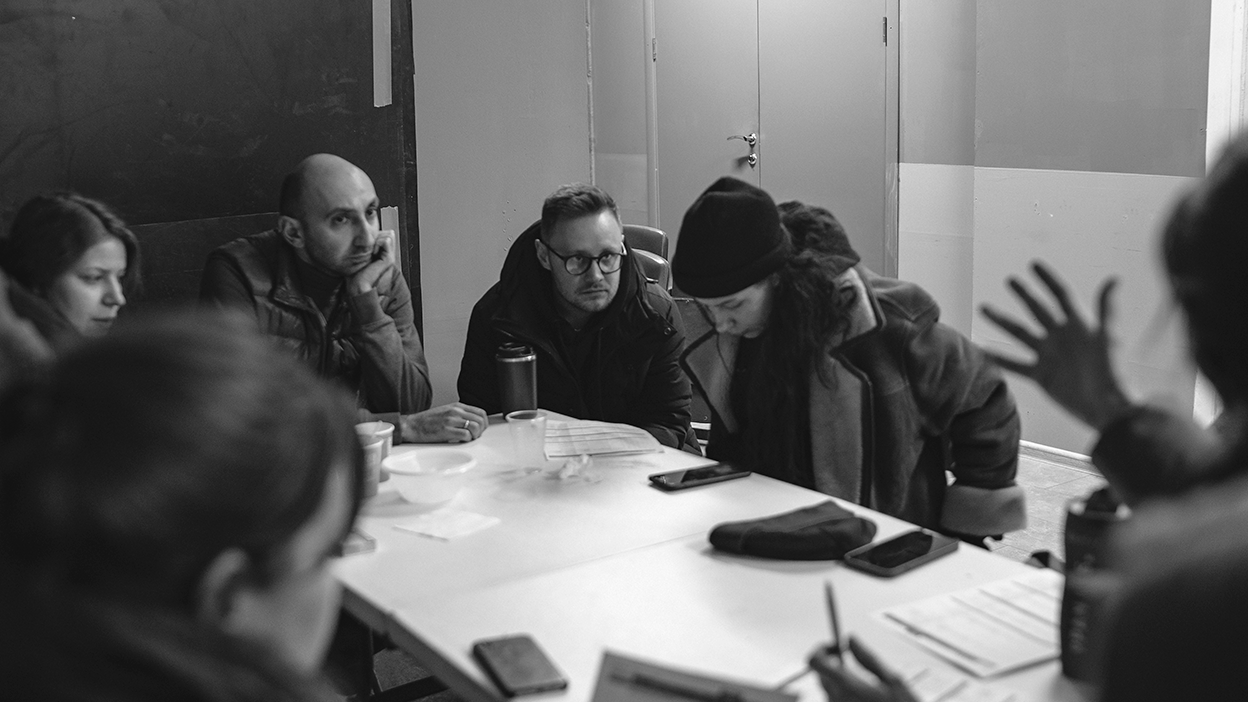 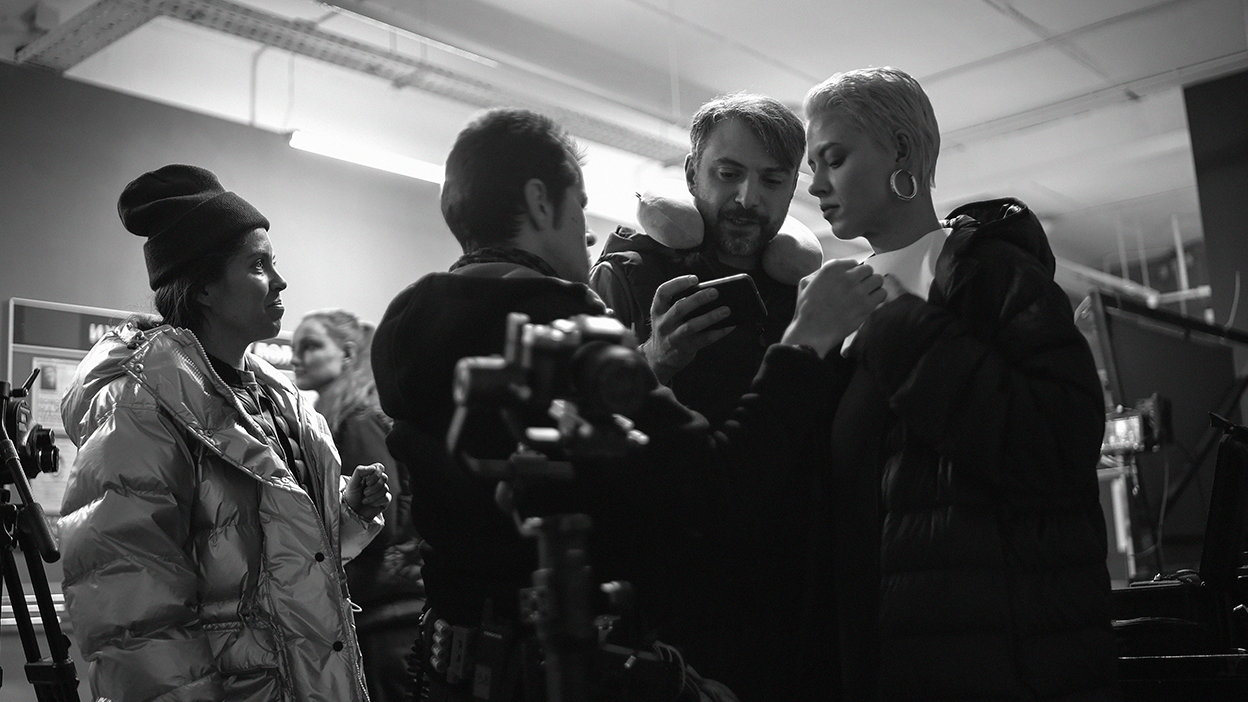 Who did all this?

The project was created by the production center 9 Pandas.

FrrFrr House, its stars and their fans